ESTATE PLANNING IS REALLY NOT THE BEST PLACE FOR “DIY”

ESTATE PLANNING IS REALLY NOT THE BEST PLACE FOR “DIY” 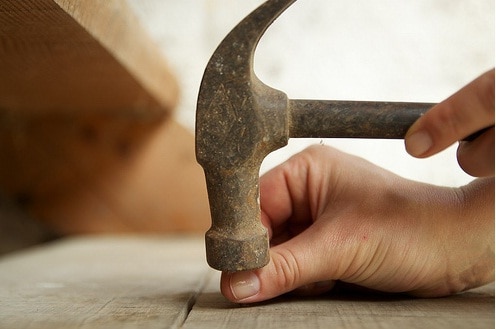 I am a big fan of “DIY” (doing it yourself) in certain situations.  Home renovations and decorating, for example.  Heck, there is a whole TV network dedicated to people fixing up their homes by themselves, filled with videos and step-by-step instructions.  But you may have noticed that there is no TV network dedicated to DIY Estate Planning.  And there is a reason for that (well, maybe multiple reasons since one reason would be that the ratings would be awful).  DIY in Estate Planning World can be a dangerous and costly proposition.

Over our years of practice, we have seen multiple instances of cases where DIY went wrong.  Since yet another case just came across my desk, it seems like a good time to share a few examples with you.  Both involve attempts at disability planning that, if anyone on the receiving end is paying attention, are going to fail.

A Health Care Proxy (“HCP”) is designed to appoint someone (“agent” or “proxy”) to make health care decisions in the event that the person signing the document (the “principal”) is unable to communicate and/or understand enough to make his/her own medical decisions.  If someone does not have a HCP in place, and becomes incapacitated, the only other way for someone to get authority to act on the sick person’s behalf is to go to court and be appointed as Guardian.  That can be a costly and traumatic experience, and one that we generally try to avoid.

The statute that creates the HCP in Massachusetts (MGL c. 201D, Section 2) directs that the document must be signed by the principal, and witnessed by two adult individuals who are not named in the document.  Simple, right?  And yet, I have seen on several occasions HCPs signed by Parent and witnessed by Child who is named as the agent or alternate agent in the document.  Reason?  Child picked up the standard Massachusetts form at a hospital or MD’s office, brought it to Mom, grabbed someone else to maybe be present for the signing, signed on one of the witness lines, and then thought they were done and Mom was protected.  Is she?  Only if the health care providers to whom the document may be presented in the future don’t look carefully at the names of the witnesses.  Legally, the document fails, and Mom has only a false sense of security which may blow up and toss her into a courtroom when an on-the-ball health care provider refuses to honor the document.  Oops.

A Durable Power of Attorney (“DPOA”) appoints someone (“agent” or “attorney-in-fact”) to handle the principal’s finances and business dealings.  Massachusetts does not require witnesses on this document (although other states like Florida do require witnesses if the agent is going to have authority over real estate, for example, so having witnesses doesn’t hurt).  And, Massachusetts does not require that this document be notarized.  It is unlikely though that any financial institution would accept an unnotarized DPOA and so every DPOA I have ever seen has been notarized.

And there lies another trap for the unwary.  The son of one of my elder clients is a notary.  With apparently the best of intentions, he tried to help his mom update her existing plan by doing a little DIY estate planning.  He started with Mom’s old DPOA which had been drafted by Mom’s attorney and which named Son as the agent.  He did a little editing (leaving out some of the important stuff for unknown reasons), kept himself in as agent, did not include any alternate agent, had Mom sign it, and he notarized Mom’s signature.  Unfortunately, Son was unaware of the rules governing notaries in Massachusetts which prohibit notaries from notarizing documents (a) in which they have a direct financial or beneficial interest and (b) signed by any relative.  Oops.  On the surface, it looks like a real DPOA … but is it?  If anyone looks at this even a little bit closely, the family is going to have problems.  I have recommended that we do it over and do it right ASAP.

I’m right there with you in trying to save money if at all possible.  But if DIY is going to end up costing more than just paying for the service being done right in the first place, it sure isn’t worth the “savings.”