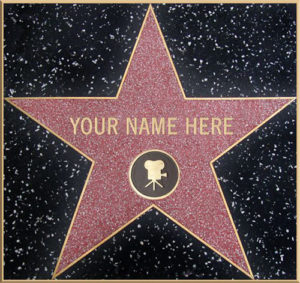 Celebrities as role models.  That concept drives the sales of billions of dollars of print, television, movies, and online media.  For better or worse, we keep an eye on what celebrities do … and then (depending on what they do) either try to do the same or tell ourselves “I would NEVER do that!”  When the topic is estate planning, you can do both, and end up feeling really good.

Within days of a celebrity dying, news stories appear about their estate plan … or in a surprising number of cases, their lack of an estate plan.  Considering that as far as we know celebrities have many professional advisors in their lives, have the means to pay for those services, profess to value privacy at all costs, and for whatever reason seem often to die at statistically young ages, it never ceases to surprise when we learn that a celebrity dies without a comprehensive plan.  Is it due to a misguided feeling of immortality, or procrastination, or just plain bad advice?  There are probably many reasons but the end result of their failure to plan is potentially millions of dollars of estate taxes being due, of family feuds, played out in the tabloids and ending up in court, of young children receiving huge amounts of money outright, of non-married but long term life partners being disinherited, and a host of other problems.  All issues “real people” deal with too, albeit usually on a smaller scale.

Sometimes though celebrities do it right.  A couple of weeks ago, we mourned the passing of a celebrity who, it seems, did think ahead, planning for his potential incapacity as well as for what should happen to his assets on his death.  Luke Perry likely never thought that he would be stricken at the age of 52 with a massive stroke.  But he apparently did put in place “disability planning documents” for just in case which delegated someone to make health care decisions on his behalf, and which expressed his end of life instructions regarding withdrawal of life support.  By doing so, he ensured that his family did not have to leave his bedside to go to court to seek guardianship and permission to remove life support when it became clear he could not recover.  He also apparently took steps to provide for his two children on his death.

But did Mr. Perry’s plan go far enough?  Did it evolve as his family circumstances evolved?  His children are now legal adults, but only just barely at ages 21 and 18.  Does his plan hold his assets in trust for them, to be managed by “real” adults so the assets are protected over time?  Did his plan include provisions for his fiancée who became part of his life after his Will was signed?  Did his plan include one or more strategies designed to minimize any potential estate tax exposure?

The answers to those questions vis-à-vis Luke Perry (or any other celebrity) are of course none of our business.  And that’s itself part of the point.  If we don’t want our business to be played out in public, then we have to take steps to plan ahead to create a plan that ensures our business remains private.

But we can take a minute and learn lessons from Mr. Perry’s passing.  First, never take time for granted because we just never know if today is going to be the day that we are hit with a sudden horrible change in circumstances.  Take steps to plan while you are well and able.  Second, remember that estate planning is never intended to be a one-shot deal.  Instead, estate planning is a fluid process that should evolve as your health, family, and finances evolve.  Don’t wait until tomorrow … because tomorrow could be the day that you become unable to make any changes.

And in case all of that is too subtle, then here is a specific action plan:

So give us a call.  Set up an appointment to discuss your estate planning needs.  Get an estate plan in place.  And then the next time you hear of a celebrity death where the person had no plan, you can say “I would NEVER do that!”  And when you hear of a celebrity who died leaving his/her family well cared for with a comprehensive plan (or even better, you hear not a peep because the person’s plan was so well done), you can say “I did that too!”  Maybe you can be a role model for a celebrity.  Now there’s a switch.