“SPRINGING” DURABLE POWERS OF ATTORNEY AND THE WIZARD OF OZ

“SPRINGING” DURABLE POWERS OF ATTORNEY AND THE WIZARD OF OZ 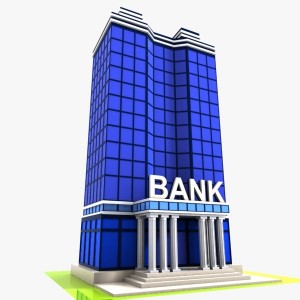 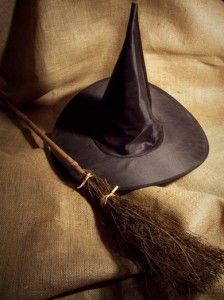 I was recently contacted by a local daughter whose dad’s health is declining.  Dad (who lives out of state and is not my client) has begun to receive some long term care services, and the bills are coming in.  Dad still believes he is able to manage his bills, but the children were concerned that the bills were piling up unpaid, putting Dad at risk for termination of services.  In an effort to avoid conflict with their father and to ensure that the services continue uninterrupted, a couple of the children had begun paying the bills using their own funds.  The question to me was about the logistics of the bill paying, and the timing and possible Medicaid repercussions of Dad reimbursing the kids for the money they had fronted.

Dad had an existing Durable Power of Attorney (“DPOA”) naming one of his children as his financial agent, so the answer evolved into a discussion of the status of that document.  If Dad has a DPOA, why is there a problem?  Turns out Dad has a “springing DPOA” and no one yet has legal power to act on Dad’s behalf.

In a DPOA, the principal (in this case, Dad) appoints a “legal buddy” who will have all of the powers to handle financial matters that the principal enjoys.  In nearly all elder law attorney-drafted DPOAs, the powers come into effect as soon as the document is signed, meaning that the legal buddy is side-by-side, arm-in-arm with the principal, sharing power over all matters financial.  That doesn’t mean that the buddy necessarily has to act right away, and in most cases the buddy does not act right away, but if needed, he/she could act right away without any barriers to his/her powers.

But in some DPOAs, the powers given to the buddy do not come into effect (“spring”) until some future event which is typically the incapacity of the principal, as certified in writing by one or more physicians.  In the case of a “springing DPOA,” therefore, the legal buddy does not stand side-by-side with the principal, but rather is standing behind the principal, just hanging out and waiting until the principal gets moved aside by virtue of incapacity.  Only then can the legal buddy step up and exercise his/her powers on the principal’s behalf.

Since a DPOA is often described as the most powerful estate planning document anyone can ever sign, it is understandable that a principal might be nervous about signing one, and might want to put off the time when the appointed agent can legally act.  After all, if an appointed agent abused the powers typically included in a DPOA, he/she could walk away with every penny that the principal owns.  But there are practical consequences to choosing a springing DPOA.  To help my clients understand their choices, we look to the story of “The Wizard of Oz.” 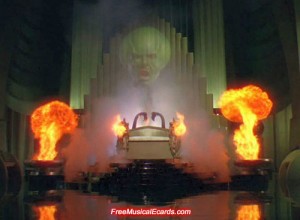 In “The Wizard of Oz,” Dorothy wanted nothing more than to return home to Kansas.  Her friends wanted nothing more than a brain, a heart, and courage.  Through much hardship, they made their way to the Emerald City to meet with the great Wizard of Oz who, they had been assured, would grant their wishes.  They excitedly (and nervously) appear before the Wizard and make their requests. 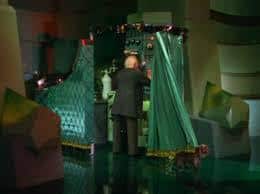 But wait!  Not so fast.  The Wizard is willing to talk, but before he will grant their wishes, they must first bring him the broomstick of the Wicked Witch.  Say what?!  So they dejectedly leave Emerald City empty handed.  After a bunch of trauma with the Witch, they obtain the broomstick which they excitedly bring back to present to the Wizard.  Surely that should do the trick.  But again, not so fast.  Only Toto’s reveal of the man behind the curtain prevented the Wizard from imposing additional delaying conditions to his wish-granting.

Substitute the Wizard for the large financial institution of your choice, and you can see what happens with a springing DPOA when a family is in crisis.  The well-meaning and hopeful agent takes Dad’s DPOA to the Bank, needing to access funds right away.  But wait!  Not so fast.  The Bank is willing (maybe) to talk, but first they need that written certification from one or more physicians that the principal is indeed incapacitated.  And that writing better be on letterhead they like, in just the right font, using just the right words to satisfy their Legal Department, or else the Bank will not honor the request and will send the frustrated agent back out to get a better “broomstick.”  In the meantime, the agent cannot act even though perhaps there are bills to pay, or Medicaid applications to be done, or retirement accounts to surrender in order to achieve Medicaid eligibility right away.  Everything stops until “the Wizard” is satisfied.  And we can’t even sic Toto on a curtain to move things along.

For a few clients, and for a variety of reasons, it may indeed be prudent to put some roadblocks in place and to require that the broomstick be produced before the agent’s powers kick in.  For those clients, a springing DPOA is absolutely the right choice.  But in most cases, the legitimate concerns about the possible misuse of power are better addressed through the counseling process as we help our clients work through the pros and cons of their several candidates to find the one(s) best suited for the position of legal buddy with immediate powers.  I believe that if the client is worried that their chosen agent might maybe abuse their powers, then in most cases the answer to those concerns is not tying the agent’s hands, but is rather in identifying a more appropriate and better behaved agent whom the client can fully trust.  An important part of my job is guiding my clients through this decision process.

And what about the family that prompted this post?  Since their dad is apparently still able to understand and appreciate the situation, and legally able to execute a new DPOA, I counseled that the kids share with their dad their concerns about the unpaid bills and the limitations of the existing DPOA.  Perhaps based on new information Dad will be willing to work with his lawyer to prepare a new DPOA which eliminates the springing conditions so that the kids can better partner with Dad now.  If not, together the family can brainstorm logistical options for a solution that balances the parent’s wish to remain in control and the children’s concern about their dad being protected until such time, if ever, that the dad is so incapacitated that the springing requirements he elected can be met.

If you, or a family member, have a springing DPOA, perhaps it is time to at least consider a “Plan B.”  Because broomsticks can be are hard to come by.  http://www.forbes.com/2008/12/03/wizard-broomstick-collection-forbeslife-cx_mb_1203broomstick.html